Welcome to this new festival blog feature that we hope you will find interesting, informative and together we will maintain the spirit of the Noorduyn Norseman for a younger generation.

This Canadian built bush plane helped open the vast north, was used by the hundreds during WWII and even to this day can be found as a commercial asset some 80 years into the saga!  That said, its airworthy numbers are declining and the purpose of this blog is to profile the present owners, operators, Norseman and memorabilia for sale with the intent to…keep them flying!  Enjoy.

In March of 2015 the Norseman community lost a huge festival participant whose passion for the type eventually led him to owning three Norseman.

During the 1990’s his attention focused to the Norseman and he purchased a Mark V version, CF-BSC (Serial N29-17) in May 1997.  At the time, BSC had not flown for nearly 23 years and a long period of restoration took place.  Some may recall seeing the airplane on static display in Vancouver for Expo 86.  There is a funny, although unconfirmed story of a gentleman getting into a debate with a young tour guide at the fair who was positive that the Norseman was no longer in service anywhere!

Like the mythological phoenix, BSC flew again with Austin Airways color scheme in July of 2012 and stole the show that year, being reborn to an immaculate, authentic condition.  If you are a serious collector of aircraft or culturally significant Canadiana this airplane is for you.

In the summer of 1998, CF-JEC (Serial 469) was acquired.  This airplane has a strong connection to Northwest Ontario and was operated in the Red Lake area for some three decades by Sabourin Lake Airways.  Intended as a parts supply for BSC, Collin chose to fix up JEC and used it as his personal Norseman while BSC was in the shop.

Then, about 8 years ago he decided to seriously explore using Norseman commercially and CF-GJN (Serial 797) came online after an extensive rebuild.  The adventure was partially successful and both GJN and JEC are now at Ignace, Ontario for sale.

Collin Oliver’s wish was to have these three Norseman fly on into the future and contribute to the festival in the Norseman capital of the world. 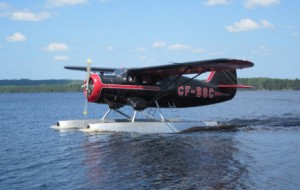 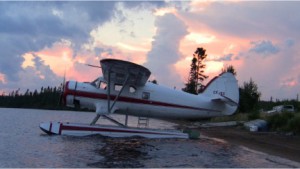 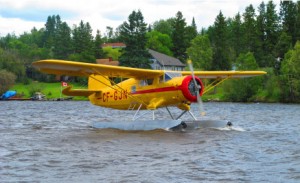